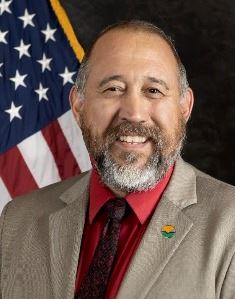 Jose Garcia is a lifelong resident of Eloy.  In April 2017, he was appointed by the Eloy City Council to fill the seat vacated by former Mayor and Council Member Joseph Nagy.  Jose was elected as a council member in 2018 by the voters of Eloy.  He currently works as a 7th-grade special education teacher at Eloy Junior High School.

He has a passion for education, writing, and serving the people of Eloy.  Prior to serving on the Eloy City Council, Jose served as a member of the City of Eloy Planning and Zoning Commission and Airport Advisory Board.  His commitment to the betterment of Eloy includes currently serving as:

Jose received his AAS degree in Criminal Justice in 1997 from Central Arizona College; his BA degree in Journalism in 1998 from the University of Arizona; and his M.Ed. degree in Special Education in 2010 from Grand Canyon University.  He also completed the Hispanic Leadership Institute in 2015.  Besides teaching, his past employment includes being editor of The Eloy Enterprise and a family support specialist for Ameripsych.  In his leisure time, Jose likes writing poetry, and short stories, making soap, and spending time with his family.