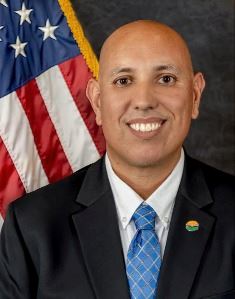 He served as the ex-officio for the City of Eloy’s Planning and Zoning Commission, he’s a current member of Eloy’s Infrastructure Committee and Vice-Chairman of the Eloy Cemetery Board. He is involved with the Pinal County Regional Transportation Advisory Board and is a recent graduate from the Hispanic Leadership Institute. He’s a strong supporter of bringing jobs and economic development to Eloy and making sure that the jobs stay in Eloy. Micah works well with everyone regardless of their political party and the area they represent.

He is a proud father of four, two boys and two girls.